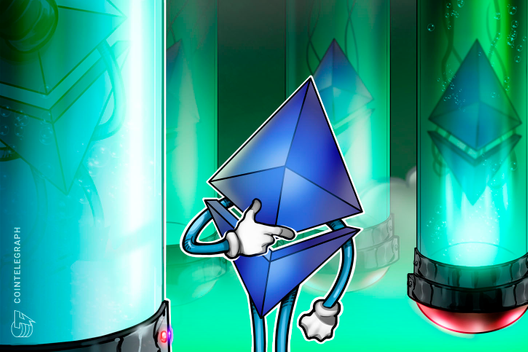 Parity, a blockchain infrastructure company that runs the core of the Ethereum network, is delaying the Ethereum core devs’ planned hardfork until Sept. 6.

EtherWorld founder Pooja Ranjan provided notes from Ethereum Core Devs Meeting 69 via GitHub on Aug. 24 — a day after the dev meeting occurred. According to Parity core developer Wei Tang, the organization needs two more weeks before devs can proceed in selecting a block number for the Istanbul fork. According to Ranjan’s notes, Tang said that Parity will need until Sept. 6 for its implementation:

“We need time till 6th September to finish the implementation. Not only because we accepted EIPs late but right now we just happened to be a large code base refactoring and we probably want to merge them first before merging Istanbul EIP.”

One of the upshots of the meeting is that block number for the hardfork will occur after Parity’s implementation is complete. The devs decided on Sept. 6 as the deadline for the groups to implement their Ethereum Improvement Proposals, or EIPs. Additionally, they decided that a mainnet hardfork will only occur after a testnet block number is picked, and that the mainnet fork may be delayed.

Wei also cited concerns pertaining to gas issues, cautioning that it would be best to resolve them before implementing a hardfork. According to Wei, it’s preferable to fix these gas issues before launching a mainnet hardfork, since it will be more complicated to change course once the fork has already occurred. This, in turn, he argued, may actually delay the mainnet’s launch even more.

The Ethereum blockchain is filling up

“Scalability is a big bottleneck because the Ethereum blockchain is almost full. If you’re a bigger organization, the calculus is that if we join, it will not only be more full but we will be competing with everyone for transaction space. It’s already expensive and it will be even five times more expensive because of us. There is pressure keeping people from joining.”