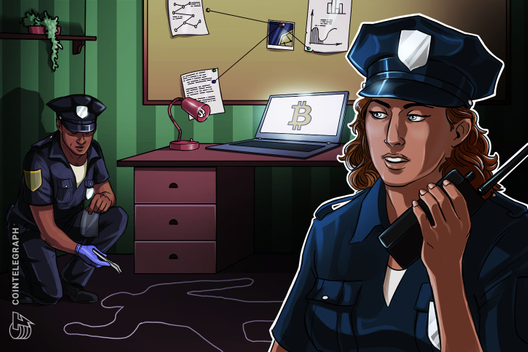 Five men in the Indian state of Kerala have been arrested for allegedly torturing the head of a failed $62.5 million Bitcoin investment scheme to death.

Five men in the Indian state of Kerala have been arrested for allegedly torturing the head of a failed $62.5 million Bitcoin investment scheme to death. Yahoo! News reported the news on Sept. 2.

According to the report, the Dehradun police in Uttarakhand were alerted to the incident after a local hospital found the body of the deceased in a car abandoned in a parking lot.

Identity documents revealed that the victim was Abdul Shakoor, 35, from Malappuram in Kerala. Hospital authorities told police that a group of four men had brought the body to the car and fled the scene.

He is reported to have overseen a network of teams that collected money from investors across various regions — to the tune of 450 crore rupees ($62 million).

When the business apparently failed, Shakoor fled Kerala with four members of his core team. He is reported to have told one of them that his Bitcoin account had allegedly been hacked and that he envisioned launching his own cryptocurrency in order to pay back investors.

His confidant, however, was unconvinced and suspected that Shakoor still had access to cryptocurrency worth crores of rupees.

He contacted his colleagues to plan how to extort Shakoor’s password to retrieve the funds.

“Crores of money would be lost with his death”

On Aug. 12, Shakoor’s confidant took him to Dehdradun. On Aug. 26, he and the four other suspects rented a house, where they proceeded to torture Shakoor to force him to disclose the password. Local police told the media that:

“The accused tortured him so much to retrieve the password that Shakoor died. Because crores of money would be lost with his death, the men took him to a hospital, hoping for a miracle. However, since that hospital declared him dead, they took him to another hospital, where they received the same response. So, they abandoned the body in the car and fled the hospital.”

Multiple police teams are reported to have traced the five suspects using CCTV and local surveillance partners across hotels and transport hubs.

As reported last year, a Russian cryptocurrency investor and blogger murdered by masked assailants in Saint Petersburg after having boasted of his crypto-derived wealth online.