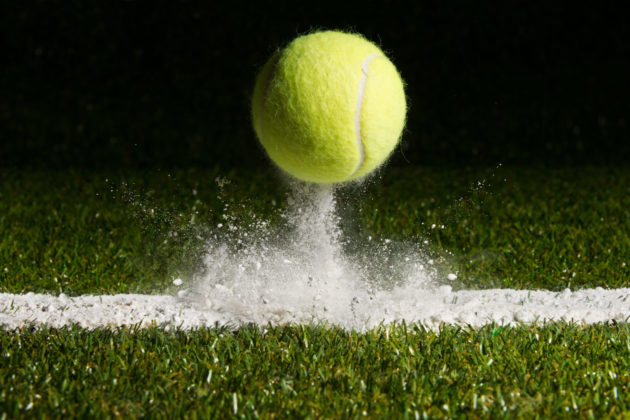 With most of the past two days spent below $8k bitcoin price has been looking extremely bearish. A big bounce in late trading on Sunday, however, sent BTC back above resistance to top out at $8,300. Altcoins are also having a green Monday as the bears are kept at bay for now.

Bitcoin May Have Bottomed

Last week was all bearish for bitcoin which fell back to $7,800 again. Support held out and a 4.5% bounce has kept the top crypto well within its range-bound channel again as it continues to consolidate above $8,200. 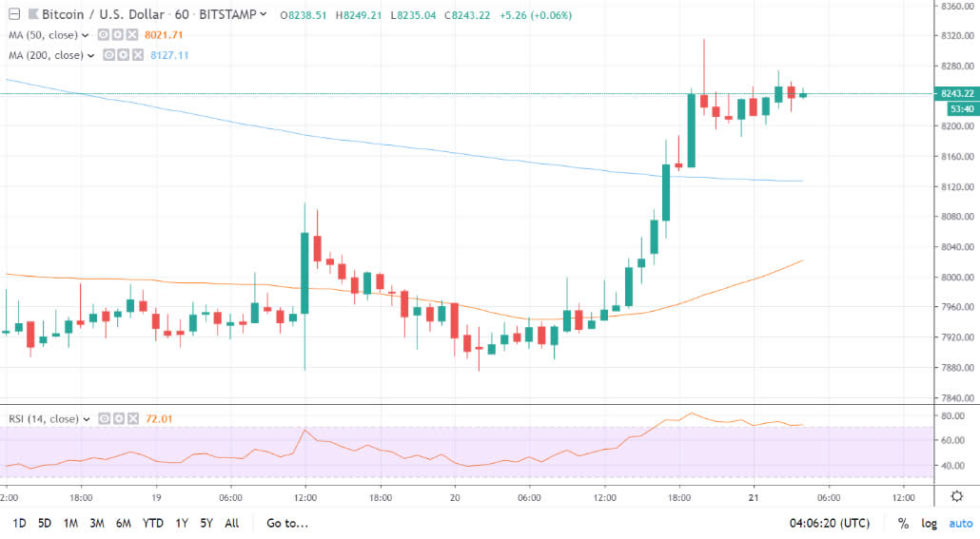 BTC has now remained within this range for almost a month so something must give soon. The death cross on the daily chart looks set to occur this week as the 50 day moving average drops below the 200 day signaling a continuation of the downtrend.

Trader and analyst Josh Rager pointed out that nothing much has really changed until we get some bullish momentum above current levels in a push up to $8,800.

“BTC is still in this sideways range, nothing really has changed outside of short term bullish price action until we see higher highs”

Nice bounce by Bitcoin today, will re-evaluate from there

BTC is still in this sideways range, nothing really has changed outside of short term bullish price action until we see higher highs pic.twitter.com/10luwnO84r

The bearish momentum could be starting to wane however and evidence is suggesting that long positions are beginning to accumulate. According to Skew, October has seen an increase in long BTC positions from institutional traders for CME futures.

He added that these are likely to be from pension funds, endowments, insurance companies, mutual funds and portfolio/investment managers whose clients are predominantly institutional.

Long positions held by institutional accounts at the CME have been rising again in October.

Increasing economic turbulence and central bank interventions are likely to spur more institutional investment into safe-haven assets such as bitcoin and gold. If a global recession does materialize things could get very interesting for BTC and crypto markets.

Looking at previous market cycles bitcoin has bottomed in October only to rally in November then surge to new heights in December.

Bitcoin’s move has, as usual, been beneficial to the altcoins which are largely in the green during Asian trading this Monday morning. Ethereum has made a minor gain to reach $175 again but is generally still bearish.

Ripple’s XRP has held on to last week’s gains but failed to conquer the $0.30 barrier and remains just below it at the time of writing. The Swell event in Singapore next month could be the catalyst for XRP to push higher.

Bitcoin’s two offshoots, BCH and BSV are both grabbing 6% at the moment and Chainlink is going strong with a 7% pump on the day. Total crypto market capitalization has gained $7 billion on the day to reach $223 billion.

Has bitcoin price bottomed yet and will it rally for Halloween? Add your comments below.

The post Bitcoin Price Bounces Back Above $8200, Are Bulls Finally Here? appeared first on Bitcoinist.com.