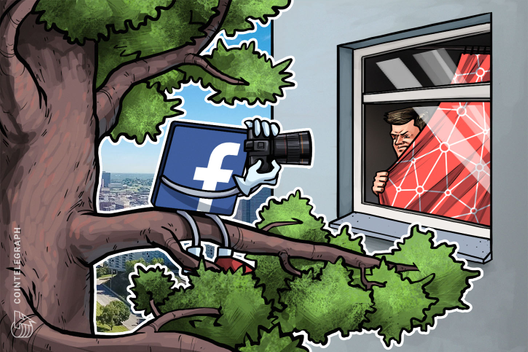 A Yale professor and Goldman Sachs veteran are planning to complete a new project of a blockchain-based Facebook rival in 2020.

Returning control of data to users

Gelernter and Rosenthal are planning to ensure user privacy with blockchain technology, also providing maximum security and enabling decentralization. According to Gelernter and Rosenthal, the new social media platform will return control of personal data to individuals who could share it or sell to others if they prefer instead of sharing data to existing social media platforms that sell users’ information to advertisers by default.

“First of all, it’s decentralized. You can create a decentralized database that’s owned and governed and controlled by nobody except for the users. It can be democratically governed and it is a way to quit that ownership that those two companies have over people’s lives.”

The former Goldman Sachs exec and Revolution Populi’s co-founder elaborated that the implementation of smart contracts will allow people to control access to their data and let them earn money for sharing that data instead of granting this right to social media platforms such as Facebook.

In addition to implementing blockchain in Revolution Populi, Gelernter and Rosenthal also plan to conduct an initial coin offering in the coming months for the cryptocurrency that will run on the platform, the report notes. While software for the social network is still being developed, Rosenthal expressed hope that the project will be completed in early 2020.