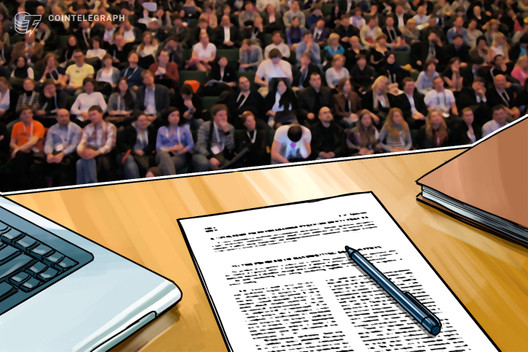 The world of mainstream finance may fall behind without technological innovation, according to multiple experts’ comments at the Davos WEF.

If mainstream finance does not adopt new technologies, such as those seen in blockchain and crypto, they will fall behind, according to a few experts’ comments at the World Economic Forum (WEF) in Davos Switzerland.

Since the crypto and blockchain gold rush in 2017, numerous mainstream entities have adopted various new technologies, including blockchain.

Banking giant JPMorgan Chase joined the movement, announcing its blockchain-based stablecoin, known as JPM Coin, in 2019. Many other mainstream players, such as Amazon and Citibank, have also joined the blockchain revolution.

“There is a lot of innovation going on in fintech right now,” METI Advisory founder and managing partner Mattia Rattagli said to Cointelegraph in an interview on Jan. 21. He added:

“I think the banks realize that if they don’t innovate pretty soon, rapidly and deeply, they will probably lose out on revenues.”

Rattagli is also a co-founder of the crypto-friendly SEBA Bank AG, which recently announced a secondary fundraise, according to Cointelegraph’s reporting.

A premier event, the 2020 WEF in Davos runs from Jan. 21 to Jan. 24, bringing together some of the top business and political minds from across the globe.

Cointelegraph was also able to catch up with Crypto Valley president Daniel Haudenschild on his thoughts for the upcoming year.

“We see 2020 as the year of infrastructure,” he said. “We see better players — institutional investors, wealth and asset management companies — coming into the field being driven by negative interest rates, being driven by lack of alternative investments.”

“With those institutional investments, we see a flush of new asset classes — tokenized securities, tokenized commodities, digital commodities,” Haudenschild added, also pointing to an influx of supporting systems and entities entering the space to uphold such new interest.

In November 2019, Cointelegraph reported on rising interest in the tokenized securities space.