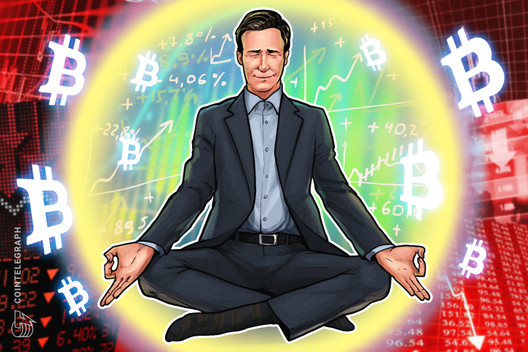 Volatility which began with a rejection of $10,500 late last week continues, with Bitcoin falling below $9,500 for the first time since Feb. 5.

Bitcoin (BTC) fell below $9,500 for the first time in almost two weeks on Feb. 17 as downward pressure continued to pressure markets.

Data from Coin360 and Cointelegraph Markets showed BTC/USD hitting twelve-day lows of $9,485 on Monday. At press time, the BTC price was struggling to find support at $9,500.

The shift lower followed a four-day slide for Bitcoin, which had topped out at $10,500 before seeing considerable resistance kick in.

Some traders appeared worried, as evidenced by a single deposit onto derivatives giant BitMEX on Monday, which totaled 600 BTC ($5.72 million).

Weekly losses totaled around 3.5% on the day, while monthly performance remained strong at 7% growth.

Last week, veteran trader Tone Vays said that $9,500 would represent an ideal range in which to acquire long positions.

Short-term volatility meanwhile failed to faze some of the industry’s best-known bulls. Speaking in an interview over the weekend, TV host Max Keiser said that he had “officially” raised his BTC/USD outlook for the first time since 2012.

Current levels nonetheless mean Bitcoin is frontrunning technical expectations for its average price prior to the May 2020 block reward halving.

According to calculations using the historically accurate stock-to-flow model, the cryptocurrency should trade at an average of $8,600 until May.