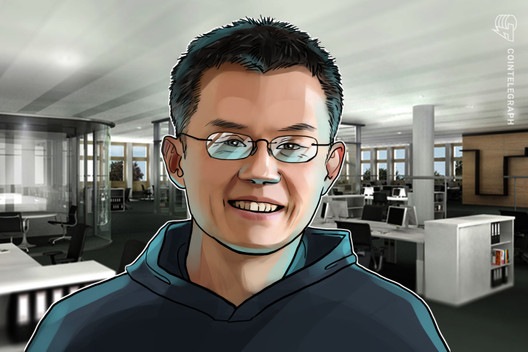 Binance founder and CEO Changpeng Zhao suggested that Bitcoin’s price has not yet adapted to the upcoming block reward halving.

Changpeng Zhao, the founder and CEO of major crypto exchange Binance, suggested that Bitcoin’s (BTC) price has not yet adapted to the upcoming block reward halving.

Zhao suggested that Bitcoin’s price will see more upwards movement in the future during an interview on Feb. 20.

The CEO explained that, historically, Bitcoin’s block reward halvings have had a positive impact on the coin’s price. While he admitted that historic events do not necessarily predict future events, he noted that miners will have to spend almost two times as much to mine a single coin.

Zhao noted that an asset’s price is determined by demand, not the cost of production, but expects that miners will not be willing to sell below the price of production.

Demand is increasing while supply is decreasing

Furthermore, Zhao said that another consequence of a lower Bitcoin block reward is less inflation, which should also help the price rise. He noted that the effects of lower coin production will be augmented by an increasing number of users in the space, stating:

“The demand side is increasing, the supply side is decreasing.”

However, Zhao also explained that he expects there to be a resistance that will keep Bitcoin’s price around $10,000 for some time, saying, “There are psychological barriers around nice round numbers. So 10,000 is a very nice round number, so […] the price will fluctuate back and forth around that a bit.”

While Bitcoin’s price just dropped below $10,000 again, the outlook for Bitcoin is mostly positive according to many experts.

Recently, Cointelegraph market analyst Keith Wareing reported that this week saw Bitcoin’s ascending 50-day moving average cross over its 200-day moving average. This rare bullish sign is known as a “golden cross,” and he suggests that Bitcoin can hit $26,000 in just two months thanks to a bullish event that previously triggered 170% price gains.