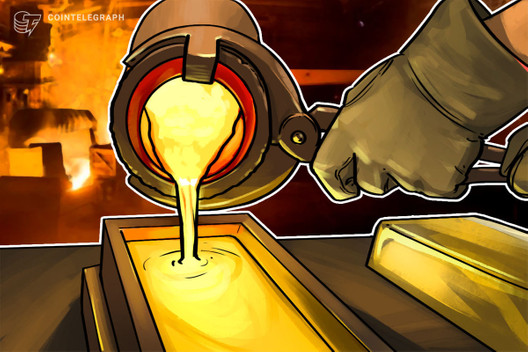 P2P crypto exchange Paxful has launched support for trade between Bitcoin and gold.

Peer-to-peer (P2P) cryptocurrency marketplace Paxful announced the introduction of support for trade between gold and Bitcoin (BTC) on the platform on April 7.

When a trade is entered, the Bitcoin will remain in Paxful’s escrow until the physical delivery of the gold is confirmed. Transactions must be completed within 21 days of trade being opened on the platform.

Paxful will not physically track or touch the gold traded on the platform, with Youssef stating that the exchange will take “a light-touch-approach” where possible.

Mandatory KYC for accounts that have traded over $50 in gold

Youssef states that Paxful expects gold trading will expand the exchange’s presence in Africa — “where high gold concentrations will grant them access to Bitcoins they may have not have been able to purchase otherwise.”

To comply with Anti-Money Laundering obligations, Paxful requires full identity and address verification when a user exceeds a total gold transaction of $50 over the history of their account.

Users who wish to sell gold on the platform may face “ongoing enhanced due diligence” checks. Youssef adds that Paxful’s legal and compliance teams have “thoroughly reviewed” the regulatory implications of supporting gold trading.

Two weeks ago, Paxful announced a partnership with blockchain forensics firm Chainalysis to monitor transactions on the platform to identify signs of illicit behavior.

Youssef states that Paxful has been planning to add support for trade between Bitcoin and other “goods and assets to the platform for a while.”

As such, the Paxful CEO states that gold was the obvious next step for them, emphasizing that the commodity has been “used as a store of value for millennia.”

“With the recent economic downturn, people still prefer gold as a safe investment with some already reporting shortages of supply,” he adds.