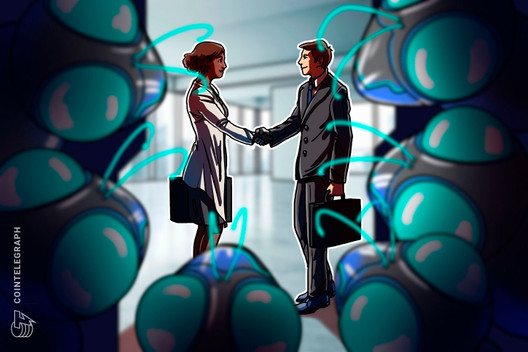 The Wall Street Blockchain Alliance welcomes Algorand to their team as a corporate member.

The Wall Street Blockchain Alliance, or WSBA, announced on April 23 that the proof-of-stake cryptocurrency platform, Algorand, has joined their alliance as a corporate member.

According to the post, Algorand is teaming up with many of the tech and finance companies that are working with the WSBA. Their goal is to exploit the potential that blockchain technology offers for financial markets.

The announcement was praised by Ron Quaranta, Chairman of the WSBA. He stated that the technology offered by Algorand meets the standards of what the alliance is seeking to strengthen — blockchain adoption across financial markets.

“Founded by world renowned computer scientist and Turing Award winner Silvio Micali, whose work is at the heart of modern-day cryptography, Algorand presents a permissionless Pure Proof of Stake technology that will be instrumental in the development of a decentralized, borderless economy.”

Following the same line, W. Sean Ford, chief operating officer of Algorand, highlighted that the WSBA is taking a “unique approach” by bringing together leaders in the industry.

Regarding its participation in the alliance, Ford stated:

“With recent accelerated adoption across open finance, traditional finance, and central bank digital currency initiatives, Algorand is well positioned to bring a fresh perspective to alliance members. I look forward to our participation with this prominent group.”

Recently, the Algorand platform has been gaining popularity within the blockchain ecosystem.

Cointelegraph reported on March 16 that blockchain investment company, Eterna, teamed up with Borderless Capital to launch “Eterna Borderless Venture Studio”. The purpose of this studio is to support projects on the Algorand platform.

The announcement aims to drive adoption and growth by providing resources to decentralized app developers and entrepreneurs.