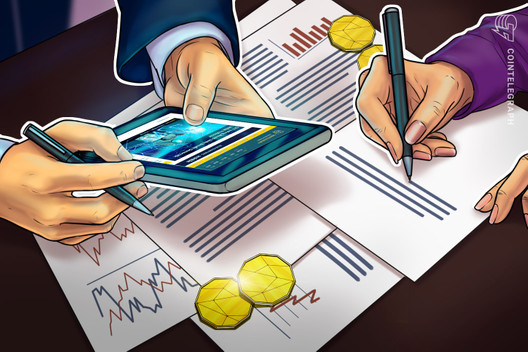 Every 1st and 15th, Cointelegraph Consulting provides the latest inside scoop on cryptocurrency price action and rationale in its Market Insights newsletter. Here’s a preview of one of this month’s editions.

Bitcoin (BTC), the industry’s pioneer asset, has also shown significant upside action. The asset travelled up slightly past $12,000 on Aug. 2 before subsequently falling more than $1,000 in the same 24-hour period. Aug. 10 saw BTC return to the $12,000 level, again facing rejection, sustaining a subsequent drop of several hundred dollars. Overall sentiment in the crypto investing and trading realm, however, remains high.

Mainstream financial players also continue entering the digital asset industry via Bitcoin, with intelligence giant MicroStrategy as one of the latest entrants. Buying over 21,000 BTC, the firm has adopted the coin as its reserve asset.

Insights from around the digital asset sphere

Bitcoin whales may have sold some of their stockpiles. Recent data shows only 15,912 Bitcoin addresses holding 100 or more BTC — the lowest number in five years. Such network data implies large Bitcoin participants may be selling instead of accumulating.

In terms of sentiment, however, crypto’s inaugural asset shows a major turnaround from the bearishness seen previously. Over the last two weeks, the market has expressed a significant bullish tone, topping at 1.2 standard deviations during Bitcoin’s most recent run toward $12,000.

Data also shows an uptick in the number of dollars moving onto centralized exchanges via U.S. dollar stablecoin USDC — a signal which has often proved as a precursor to previous bullish Bitcoin price action.

In contrast, Bitcoin’s Market Value to Realized Value, or MVRV, ratio looks troublesome, posting a 30-day value of 1.15 on August 2. This essentially means short-term Bitcoin investors boasted an average 15% profit across the board.

On a separate front, Ethereum holds hot on Bitcoin’s tail in terms of transaction volume. Bitcoin now touts 3.4x the transaction volume seen on Ethereum’s blockchain, a dwindling lead, according to numbers from the beginning of August.

Read the full newsletter edition here to get the entire scoop, complete with charts and images.

Cointelegraph’s Market Insights Newsletter strives to share our knowledge on the fundamentals that move the digital asset market. With market intelligence from one of the industry’s leading analytics providers, Santiment, the newsletter dives into the latest data on social media sentiment, on-chain metrics, and derivatives.

We also review the most important news hitting the industry including mergers and acquisitions, changes in the regulatory landscape, and enterprise blockchain integrations. Sign-up now to be the first to receive these insights.

Benjamin Pirus contributed to this article.