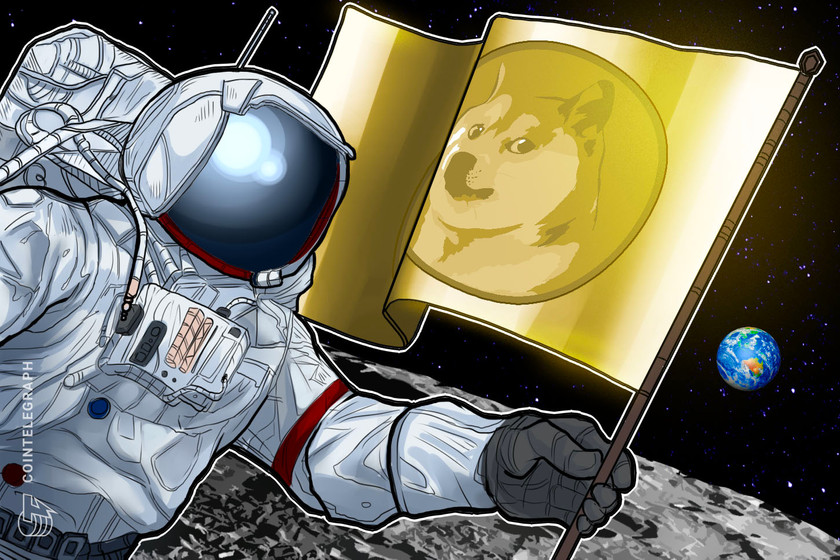 “This mission will demonstrate the application of cryptocurrency beyond Earth orbit and set the foundation for interplanetary commerce,” said SpaceX’s Tom Ochinero.

Canada-based manufacturing and logistics firm Geometric Energy Corporation will be launching a Dogecoin-funded payload on one of SpaceX’s first rockets to the moon.

In a Sunday announcement from Geometric Energy Corporation, the company said its commercial satellite could be traveling to the moon as early as the first quarter of 2022 aboard the SpaceX Falcon 9 launch vehicle. Weighing 40 kilograms — roughly 88 pounds — the payload is designed to “obtain lunar-spatial intelligence from sensors and cameras on-board with integrated communications and computational systems.”

“Having officially transacted with DOGE for a deal of this magnitude, Geometric Energy Corporation and SpaceX have solidified DOGE as a unit of account for lunar business in the space sector,” said Geometric Energy CEO Samuel Reid.

“This mission will demonstrate the application of cryptocurrency beyond Earth orbit and set the foundation for interplanetary commerce.”

Neither SpaceX nor Geometric Energy specified how Dogecoin (DOGE) was used to fund the endeavor. The cost may refer in part to the development of the payload or include the funding to send it to the moon.

Previous lunar missions have had significant price tags. The Chinese Lunar Exploration Program’s Chang’e 4, the last vehicle to perform a soft landing on the lunar surface in 2019, cost 1.2 billion yuan, or roughly $172 million at the time, to send a 1,200-kg lander with a 140-kg rover to the moon. NASA’s Lunar Atmosphere and Dust Environment Explorer, a satellite launched to orbit the moon in 2013, carried a payload mass of 49.6 kg at a cost of roughly $280 million, including research and development — $5.6 million per kg, not accounting for the mass at launch.

Should Geometric Energy’s satellite incur the same costs — though SpaceX’s design is likely more efficient eight years down the road — the firm would need to have paid roughly $225.8 million for a 40 kg payload, or more than 388 million DOGE at the time of publication. This would represent 0.3% of the circulating supply of 129.5 billion DOGE tokens.

SpaceX founder Elon Musk has repeatedly hinted — perhaps jokingly — on Twitter that Dogecoin will be the first cryptocurrency to “literally” reach the moon. Musk’s social media activity has likely been responsible for a number of price surges for the token, which has risen more than 800% in the last 30 days to reach $0.55 at time of publication.

Cointelegraph reached out to Geometric Energy, but did not receive a response at the time of publication.