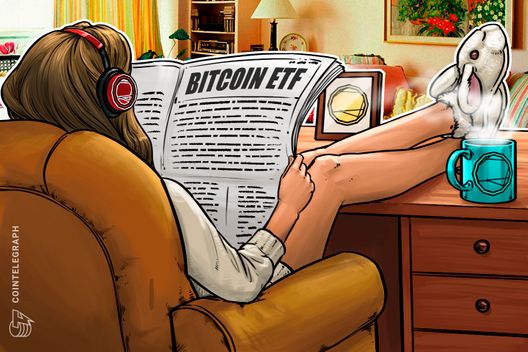 Hong Kong-based crypto reporter Eric Lam believes nobody in the crypto industry has a good theory to explain the recent recovery of crypto markets. Lam shared his stance with Bloomberg on April 3.

On Tuesday, April 2, shortly after the Asian markets opened, the price Bitcoin (BTC) unexpectedly rallied by 20 percent. Today the world’s top currency hit $5,000 for the first time since November 2018, while major altcoins have seen double-digit gains.

Lam has ironically linked the uprising to a crypto-related April Fool’s Day story, which claimed that the U.S. Securities and Exchange Commission (SEC) finally approved a Bitcoin exchange-traded fund (ETF). CNBC also mentioned this joke as a possible catalyst behind BTC rally.

The reporter also suggested that crypto investors might start buying coins as the market started showing signs of recovery, forcing the prices to grow further.

Moreover, Lam agrees with an earlier theory which claimed that some investors are changing pounds to Bitcoin ahead of Brexit, which is scheduled to happen in mid-April.

Lam also thinks that the surge can be related to algorithmic trading. As Bloomberg explained in another article dedicated to the so-called crypto Renaissance, the computer mechanisms were allegedly triggered by a mysterious 20,000 BTC order (around $100 million at the press time) that was spread around U.S.-based crypto exchanges Coinbase and Kraken and Luxembourg’s Bitstamp.

As of press time, Bitcoin is still making gains, trading at $5,238 according to CoinMarketCap.