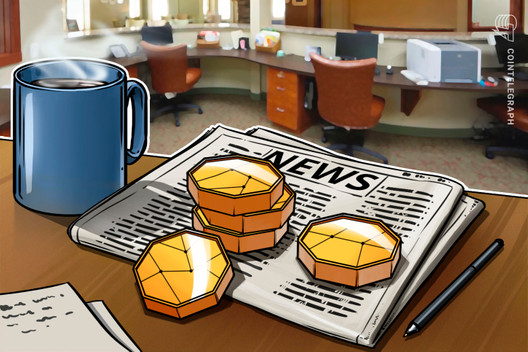 Cryptocurrency automated teller machine (ATMs) operator CoinFlip has postponed support for the  stablecoin tether (USDT). The company announced the development in a tweet on May 1.

CoinFlip initially revealed that it will start listing Tron-powered stablecoin USDT at over 180 CoinFlip’s ATMs on April 30. However, in about 24 hours CoinFlip posted an update, saying that it has postponed USDT listing “until a later time.”

The company noted in the tweet that it will still work together with Tron to provide customers with the cash-to-tron option.

“CoinFlip’s number one priority is making sure our customers are safe, so we always err on the side of caution. We need full assurance that USDT is stable, and that Tether and Bitfinex are fully abiding by U.S. law. I truly hope that is the case.”

Yesterday, Cointelegraph reported that Zoe Phillips of law firm Morgan Lewis said that 74% of Tether’s reserves had 1:1 U.S. dollar backing. The figure falls short of previous promises given by Tether executives, specifically that every USDT token had full fiat backing.

Phillips’ statement came in the wake of the New York Attorney General’s office allegations that Bitfinex had lost $850 million and subsequently used funds from Tether to secretly cover the shortfall.

Later that day, Tether responded to the allegations, stating that the “court filings were written in bad faith and are riddled with false assertions, including as to a purported $850 million ‘loss’ at Crypto Capital.” The company also said that “both Bitfinex and Tether are committed to fighting this gross overreach by the New York Attorney General’s office against companies that are good corporate citizens and strong supporters of law enforcement.”

Last January, critics suspected the coin of operating a fractional reserve while issuing more tokens than they had backing for, and sending them to cryptocurrency exchange Bitfinex. Following a subpoena from United States regulators to both Bitfinex and Tether, the company ordered an unofficial audit, which found that stablecoin had the appropriate amount of backing dollars.