Dunamu gave funding to 26 blockchain startups as part of a multi-year investment roadmap.

Dunamu, which created a dedicated investment subsidiary, Dunamu & Partners, at the same time last year, has given cash to a total of 26 businesses.

In total — under plans it announced previously — the company aims to invest 100 billion won ($84 million) into the industry. 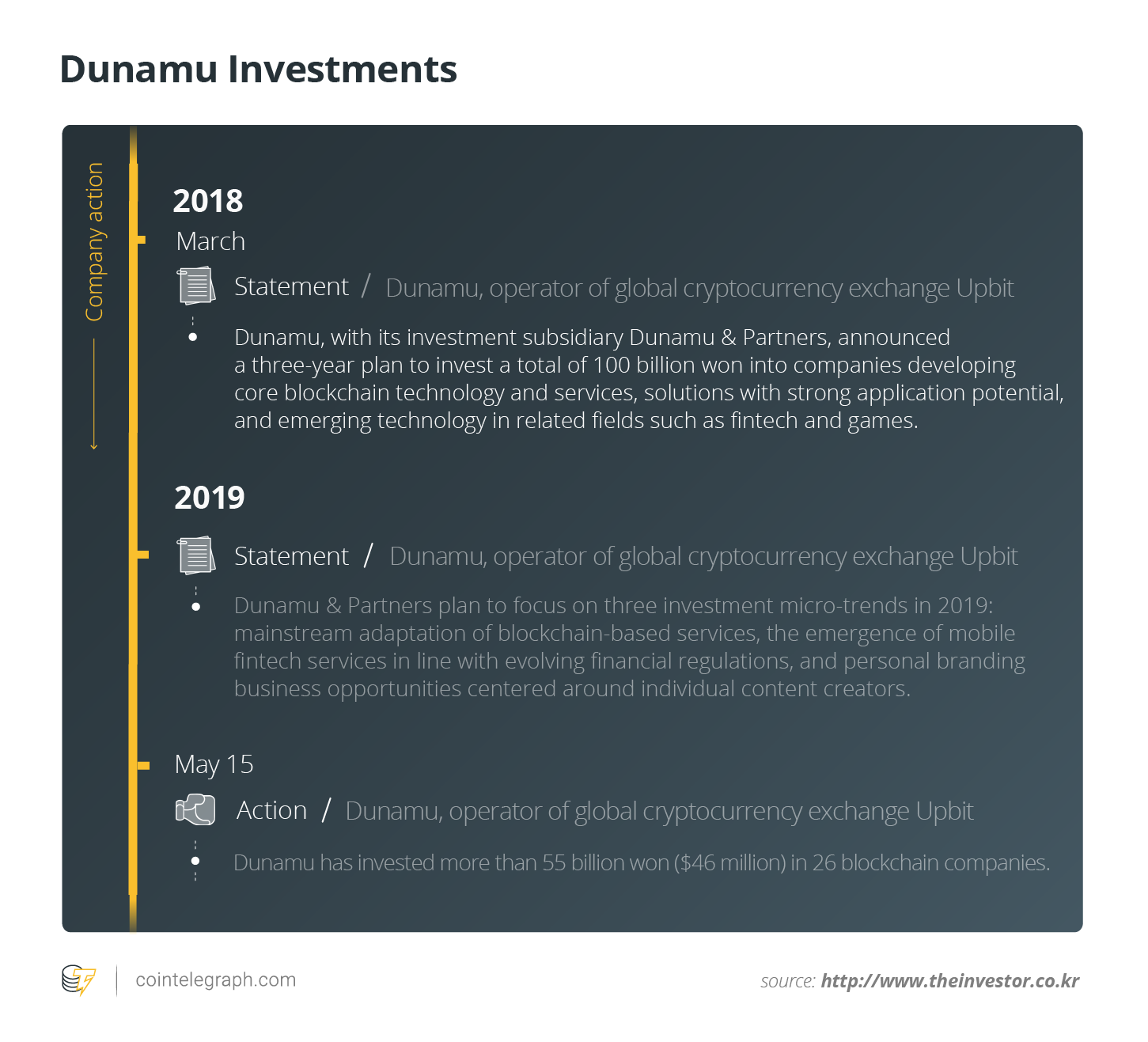 “Our goal is to contribute to the healthy growth of the blockchain ecosystem by actively investing in startups with world-class technology and services with potential for real-life implementation,” The Investor quotes Ryan Lee, CEO of Dunamu & Partners, as saying. He continues:

“Dunamu and Dunamu & Partners’ strategy of identifying and investing in innovative tech and finance startups, regardless of size, stage and region will continue in 2019.”

Meanwhile, another platform, Korbit, could ultimately find itself under the control of Disney Corp. if a related $13.2 billion equity deal goes ahead.

Kakao Corp., South Korea’s internet giant already active in the crypto arena, confirmed it planned to release its own blockchain platform in June.

For Dinamu, investment will in particular go towards entities engaged in mainstream adoption of blockchain services, regulation-compliant fintech and content creation, The Investor notes.