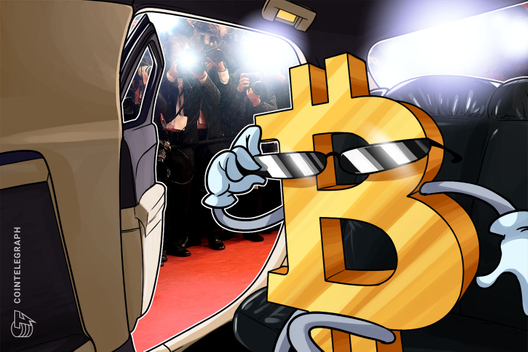 Analytical firm Delphi Digital has called bitcoin the “King of the Assets Class Hill” due to the coin’s outperformance in recent months.

Analytical firm Delphi Digital has called bitcoin (BTC) the “King of the Assets Class Hill” due to the coin’s outperformance in recent months, the Next Web reported on June 3.

Delphi Digital based its commentary on bitcoin’s returns for four straight months, especially given that bitcoin’s performance comes at a time when traditional risk assets continue to face selling pressure. “May’s outperformance has been especially important given the broader weakness across many other asset classes,” the firm said.

According to Delphi Digital, investors have been driven to leave riskier positions for “safe haven assets” amidst waning sentiment for economic growth in 2019 and United States–China trade war controversy,  although bitcoin has still outperformed conventional assets, including gold and oil.

“Contrary to its recent history, bitcoin has remained largely unaffected by the sell-off in risk assets, though expectations for market volatility are trending higher. It is still too early to claim victory yet, but BTC’s uncorrelated nature has so far proved true,” an analyst at Delphi Digital said.

Recently, digital currency investment firm Dadiani Syndicate was reportedly approached by a wealthy client to buy as close to 25% of the bitcoin supply as possible. Commenting on the news, EToro analyst Mati Greenspan stated, “A buyer of this size is going to push the price up to make this kind of accumulation even more expensive.”

Michael Novogratz, founder and CEO of cryptocurrency merchant bank Galaxy Digital, said that he expects bitcoin to consolidate in the $7,000–$10,000 range. “If I’m wrong on that, I think I’m wrong to the upside, that there’s enough excitement and momentum that it could carry through,” Novogratz stated.