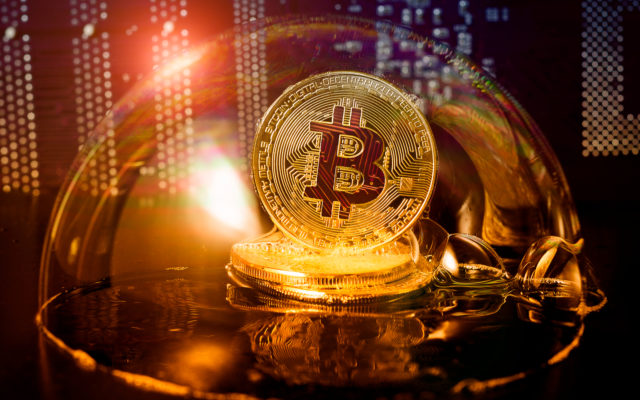 Bitcoin could possible gain from economic uncertainty in China as one source describes the country’s third major bank bailout of 2019 as the world’s “biggest credit bubble.”

Taking statistics from various sources, the Twitter cryptocurrency trader and commentator known as CryptoArbitrage noted that last week’s bailout of Heng Feng bank was the third involving assets over $200 billion.

“Trillions tied up in state-owned banks that are loaned to state-owned enterprises. Biggest money printing in history. Biggest credit bubble in history,” they summarized.

The 3rd 100bn+ bank bailout in China this year.

Could Hong Kong be their 'black swan'.

Heng Feng, also known as Evergrowing Bank, has agreed to a Chinese state restructuring as pressure piles on the domestic banking sector.

In late May, a similar process began with Baoshang Bank – the first such move since the 1990s – followed last month by Bank of Jinzhou.

Both institutions have total assets of over 500 billion yuan: Baoshang 576 billion and Jinzhou 723 billion. In total for all three banks, the figure stands at a giant 2.719 trillion yuan ($386.3 billion).

The sheer size of capital at stake appeared surprisingly under reported in mainstream media, with cryptocurrency sources notably more vocal given Bitcoin’s recent boom occurring on the back of the US-China trade war.

China’s credit bubble – banking assets as a percentage of GDP – is now the highest out of any nation at any point in history.

According to data from global macro asset management firm Crescat Capital, at almost 300%, the statistics dwarf Europe’s sovereign debt crisis of 2011 and the US housing market bubble of 2007.

CryptoArbitrage spelled out the bottom line for cryptocurrency fans if China’s predicament spills out of control. “Bursts = bullish for Bitcoin,” the commentator said.

In the short term, however, it appears excitement over Bitcoin as a way out of exposure to such risks has fizzled.

Critics have already argued that US-China relations and the Hong Kong protests did not result in a Bitcoin buying spree, while a temporary lull in the trade war nonetheless coincided with BTC/USD dropping almost 20% this week.

China’s central bank is meanwhile preparing the debut of its own digital currency, which officials this week said was nearly ready for launch.

As local news outlet Shanghai Securities News reported, Mu Changchun, deputy director of the People’s Bank of China, said the new currency would neither change existing monetary policy nor compete with the yuan in any way.

What do you think about China’s bank bailouts? Let us know in the comments below!