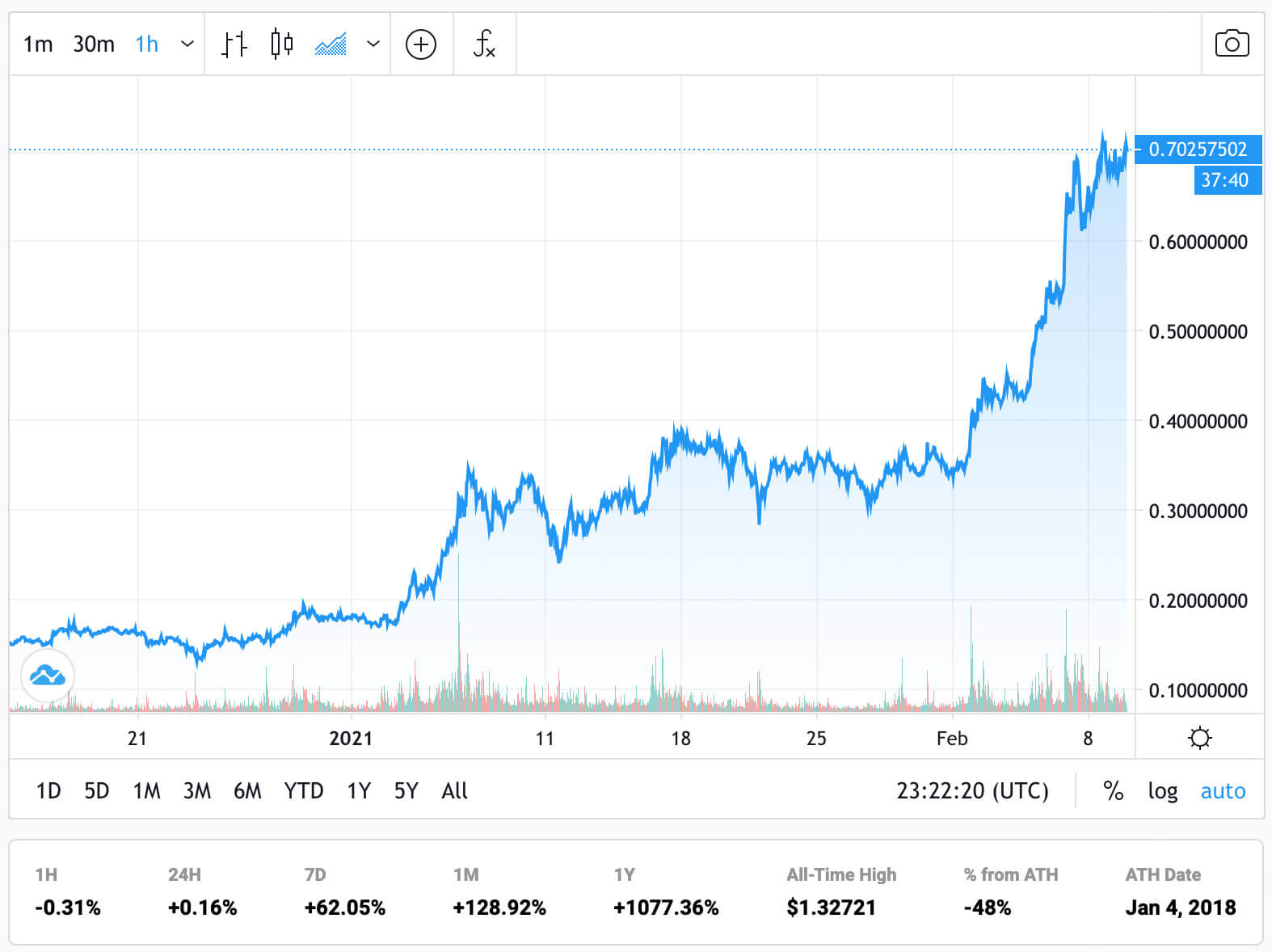 Cardano price analysis is expected to turn bullish once again, as price can be seen consolidating above the $0.50 support zone. ADA price rose more than 3 percent over the past 24 hours to move as high as $0.52. Cardano is expected to form a similar pattern as seen last month which could entice buyers for an easy setup to capitalize on.

This pattern was first seen on June 13, 2022 at a low of $0.435, which was followed up by a 25 percent uptrend to $0.550 in the next week. Cardano price recorded a similar downtrend to $0.488 over the past few days, and price could be ready to form a rally soon. ADA could rise a further 8 percent from the current price at $0.51 before exhausting the uptrend.

The larger cryptocurrency market showed positive signs over the past 24 hours, as Bitcoin made a 2 percent jump to move into touching distance of the $23,000 mark. Ethereum rose 5 percent to move up to $1,700, while major Altcoins also showed similar uptrends. Ripple rose up to $0.37 while Dogecoin ascended 4 percent to rise up to $0.07. Solana and Polkadot made bigger strides than most cryptocurrencies over the past 24 hours, with the former rising 5 percent up to $39.87, and the latter soaring up 7 percent to move as high as $8.50.

On the 24-hour candlestick chart for Cardano price analysis, price can be seen attempting to rise above the $0.50 support region after surpassing seller pressure over the past week. ADA looked to be heading downwards beyond second support channel at $0.45 before withstanding bearish pressure around current price at $0.51. Cardano price has crucially remained in touch with the 9 and 21-day moving averages, along with the crucial 50-day exponential moving average (EMA) at $0.504.

The 24-hour relative strength index (RSI) has also moved up to above 50 over the past 24 hours, representing healthy market valuation for ADA. Price could be tested further as the RSI approaches the over bought region above 60. Meanwhile, the moving average convergence divergence (MACD) curve remains unchanged from yesterday and shows a potential bearish divergence in place on the daily chart. A daily close below $0.45 would invalidate the bullish thesis for ADA with price also potentially visiting the next support level at $0.38 in such a scenario.