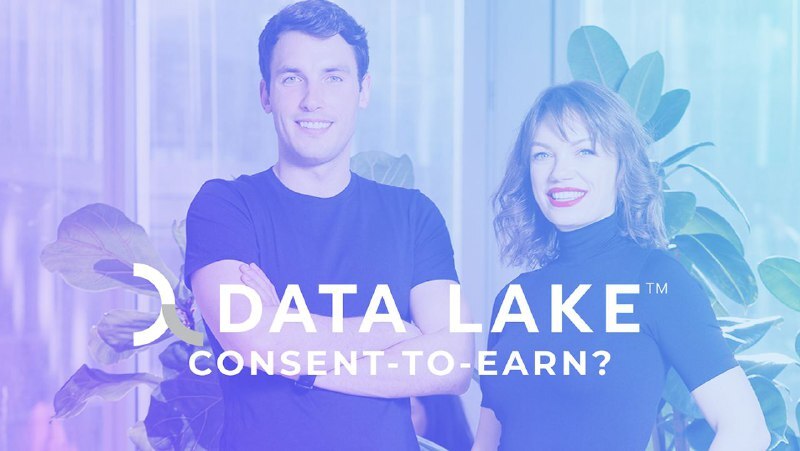 During the last decade or so, data has become a hot topic and often a controversial one. As a result of Big Tech abuses and government-led collection schemes, people’s data is mined continuously and in ever-increasing amounts. Almost all of this is done without the consent of the individual whose data is being mined, and in some cases even without their knowledge.

There have been several attempts made in web3 to give people more control over their data, and in cases such as Play-to-Earn (P2E) and Move/Sweat-to-Earn (M2E), new methods for monetizing that data have also been explored. The primary problem with these existing models is that they require a significant amount of user participation and time to become profitable. Besides reducing the number of potential participants (not everyone has the time to play games or walk 2-3 hours per day), this also leads to user fatigue over time, as they experience comparatively little return on their time investment. The widespread adoption of these models remains unlikely since the main pain points for users (time and effort) are fundamental to P2E and M2E systems.

Data Lake, an EU-funded startup, intends to change this. Known as Consent-to-Earn (C2E), their solution gives people agency over their data by giving consent to its use, and it’s also an easy way to take part in a data economy that’s transferring eye-watering amounts of money. Medical data is their first target, which is worth hundreds of billions of dollars. A single medical record may be worth a few hundred to a few thousand euros to a researcher, depending on its quality and type. In addition, medical records can be accessed by any number of researchers multiple times, making them a perpetual asset with recurring value. As of now, this value has been rendered inaccessible or is being absorbed by private companies trading people’s data without their knowledge and consent.

Consent-to-Earn takes just a few clicks, and the single action of giving consent to the use of their data can provide the user with a consistent – and in some cases significant – source of residual income. Implemented in this fashion, C2E isn’t just another crypto tokenomics gimmick. The data economy as a whole represents trillions of dollars per year, and it’s typically an ecosystem that’s controlled by Big Tech and that normal people are excluded from. Data Lake thinks this is fundamentally wrong and are launching their system to truly democratize the data economy by giving everyday people an easy on-ramp to the new data economy.

Their system allows people to expressly give or revoke consent to the use of their medical data by researchers, with privacy, confidentiality, and ethical use as fundamental principles. Using blockchain technology to record consent and data operations, it provides researchers with vitally important and legally provable data provenance and consent. Their program includes the creation of “Trust Entities” – organizations that become the legal controller of their data and take full responsibility for its ethical use. The first of these Trust Entities – the ‘Donate Your Data’ Foundation – has been launched and is already successfully collecting consents from the general public in Polish healthcare facilities. Their oldest data donor is 94, proving that the Consent-to-Earn concept has broad appeal and is primed for participation from all demographics.

“Initially our approach relied on ‘data altruism’ alone, similar to blood donation in which people don’t receive financial compensation for their donation. But with medical progress and literal lives on the line, we soon came to realize that such an important system couldn’t just rely on altruism. In our pilot programs in hospitals, more than a third of people asked whether they would receive any tangible benefits for contributing their data to medical science.” says Dr. Wojciech Sierocki, CEO of Data Lake.

President of the board, Dr. Ligia Kornowska adds “Being able to tell patients that they will be perpetually rewarded for just a few minutes of their time, often makes the difference between donating or not. This is why we believe Consent-to-Earn is not just a revolutionary model for self-monetizing data but will play a crucial part in helping solve one of the biggest challenges in medical science: consent-based access to medical data.”

Participating in Data Lake‘s Consent-to-Earn ecosystem requires only a few minutes of effort. When consent is given and active donor status is assigned, the user is automatically eligible to receive a portion of the proceeds from every medical data sale made in the system. A participant can revoke their consent at any time, and the system complies with European legislation such as GDPR to protect the rights of donors, including the right to be forgotten.

Whether such a program will be successful remains to be seen, but the statistics surrounding medical data are undeniable, and the value of their ecosystem is supported by the enormous global need for medical data. Despite the fact that the company has not yet launched fully, a significant number of requests for data are already coming in from researchers working on new advanced technologies in healthcare.

This is a sponsored post. Learn how to reach our audience here. Read disclaimer below.